We borrow from nature the space upon which we build. – Tadao Ando 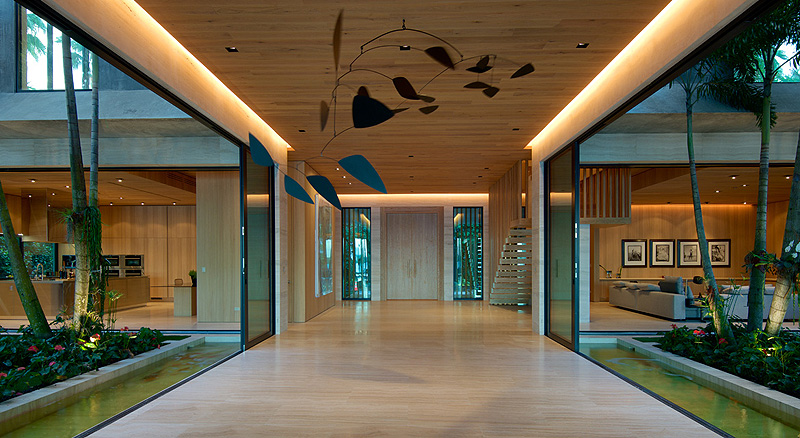 On a den between a bantam lagoon of mangroves that stretches out over Oleta River State Park and meets Biscayne Bay, the amalgamation of Oppenheim’s architectural preeminence and master developer Shlomy Alexander’s nature-provoked ideology in the newly designed residence of 252 Bal Bay Drive is the rare treasure that ramifies itself off from other developments in the prized Miami Beach neighborhood. The bountifulness of lush vegetation serenades the property, just as Chad’s fecund interpretation indelibly captures the essence of the retreat’s serenity; thus linking over 17,000 sq. ft. of the estate’s cultural landscape to the symbiosis of its natural habitat. Oren Alexander expresses, “We wanted to build a home that had a sense of belonging to the community. Imbued by Philip Johnson’s, “The Glass House”, outdoor sculptural gardens serve as the rudiment to the architectural composition of openness within the space and neutral woods and stone create an understated sophistication that complements the color scheme of the internationally acclaimed village. The key attributes of human luxury in architecture and design are the proportions to space and the quality of raw materials; succinctly differentiating it from a house that is lived-in to a home that moves with the way you live.” 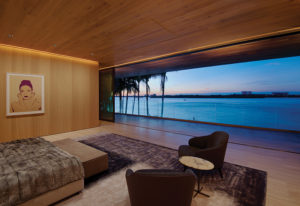 At the gateway of nature’s wonder, Italkraft’s nascent of musicality cascades a verdant sea of accoutrement with unfinished travertine romano flooring from the entrance way to the bottom of the 75 ft. glass-walled infinity swimming pool and intoxicating Yugoslavian oak for the ceilings, doors, kitchen cabinetry and floating staircases. The textural ballad of luxurious millwork whispers to light’s touch through retractile glass doors that diminish into Japanese courtyards surrounded by Koi ponds. “Walking barefoot in the house gives a feeling like you’re walking on earth and touching heaven. Italkraft was our partner on this project. Their ability in sourcing materials, producing and installing was effortless. Just as water features in a home convey a feeling of peace, its important materiality gesture the same dimension. Italkraft delivered and everyone is blown away”, shares Oren. 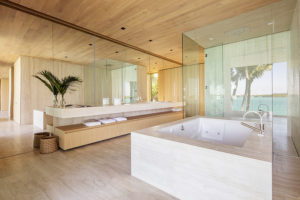 Deeply embedded into Oppenheim’s creative complexion, volumization and intimization play an integral role throughout the entirety of the property, emphasizing your front row seat to a picture window view to ambrosial atriums off the kitchen to your mirror to the ocean. Motorized doors and windows can be opened to enlarge the space or tied off for privacy in their smaller framed vignettes, each telling their own narrative that interludes between the interior and exterior. Feelings find form with the warmth of sunlight and adagio breezes in the master suite that breathes in tranquility with her and his views of the bay. Other amenities include wide closets that are open to natural light and a beautiful art gallery made for the avid collector. 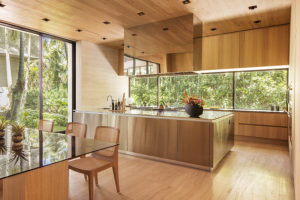 Oren articulates, “A home is meant to express sensations, not architecture. To borrow from the past and remake the present. 252 is one of the best designed homes I have ever seen.”

Romantic minimalism unfolds in every corridor, entrancing you into the magic of 252 Bal Bay Drive.

ENRAPTURE YOURSELF IN ITS BEAUTY