With Riverwalk Place, Gensler and Thom Filicia join forces to put a Tampa tower on the architectural map.

“The goal of the Riverwalk Place project is to create a luxurious city club atmosphere with a sophisticated fusion of rich materials and unparalleled amenities set in a beautifully designed and thoughtfully curated interior.” –Thom Filicia 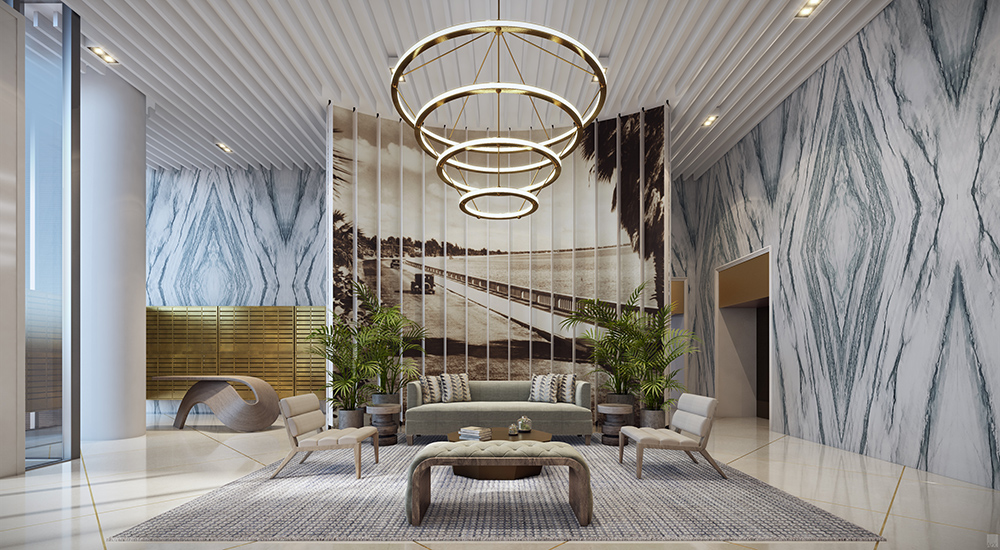 If Riverwalk Place in Tampa hadn’t already generated enough excitement due to its famous architects—the $350-million, 50-plus story project comes courtesy of Gensler, the world’s most prestigious architectural firm—the tower inspired even more buzz when Tom Filicia (Queer Eye for the Straight Guy) signed on to do the interiors. The soaring building, to be completed in 2021, will feature 240 luxury condominiums with Italkraft kitchens (as well as offices and retail spaces). It is being developed by Feldman Equities and Two Roads Development, with New York-based GPB Capital Holdings LLC  providing ongoing equity financing; residences will come with a price tag of $600,000 to more than $2 million. 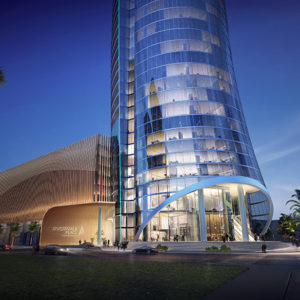 Riverwalk Place will be Tampa’s tallest building, but that’s not what Shamim Ahmadzadegan, design director at Gensler, finds most exciting about the project. That would be its technological creativity, which Ahmadzadegan likens to the achievement of the Shanghai Tower; that skyscraper, completed in 2015, ranks as the world’s second tallest building and stands as one of Gensler’s most illustrious projects. Another reference is Gensler’s twisting Qianhai Shimao Financial Center in Shenzhen, China, near Hong Kong.

“My global experience designing iconic towers in Asia directly impacted the design of Riverwalk Place,” Ahmadzadegan explains. He says that working in Shanghai for the past seven years taught him to push the limits of creativity: “China’s biggest city is an environment filled with the profession’s finest, all competing for some of the most ambitious architectural projects in the world. Those projects can be realized only through the use of parametric design tools, which employ algorithms to allow us to create forms that appear to be simple but are actually highly complex. These forms are not only aesthetically beautiful and mathematically pure but also technically rational and functionally superior.” 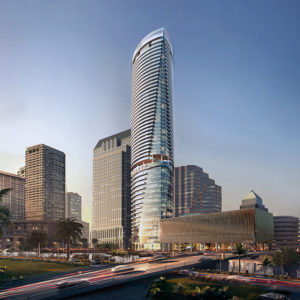 Riverwalk Place, he says, translates this methodology to the U.S. market. “The curvilinear, tapered silhouette of the tower is derived from both artistic and rational approaches to tall building design,” Ahmadzadegan says. “Its shape is both an analogy for the waterfront lifestyle of Tampa and a response to the intense winds prevalent in that location. The balcony edges mimic the gently arcing geometry of a sail, while the triangular footprint not only creates specific water views for the condo units but also mitigates the strong wind loads through its aerodynamic shape.”

It’s not every day—or every decade—that the city of Tampa or even the state of Florida witnesses the rising of a skyscraper to rival the record-breaking vertical achievements of the greatest Asian cities. The fact that Thom Filicia was just announced as interior designer will heighten the project’s profile even more. Filicia is set to design a range of interior spaces across the tower, including the look and feel of the residential entrances, lobby, condominium floor plans, residential fixtures and the social “Sky Lobby” on the 20th floor overlooking the Bay. (Filicia’s most recent high-profile commission in the Sunshine State: Biscayne Beach, in the Miami neighborhood of East Edgewater.) 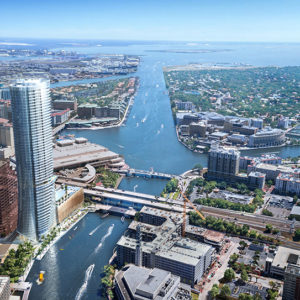 The founder of his own New York City-based design firm, Filicia has collaborated with Oprah Winfrey, and has designed spaces for a wide range of clients, including Tina Fey, Rosewood Hotels & Resorts, Delta Air Lines, Jennifer Lopez, W Hotels and David Bowie. Filicia is currently filming his next show for Bravo, the Thom and Carson Project with his Queer Eye co-star Carson Kressley.

“The goal of the Riverwalk Place project is to create a luxurious city club atmosphere with a sophisticated fusion of rich materials and unparalleled amenities set in a beautifully designed and thoughtfully curated interior,” Filicia says. “Riverwalk Place is redefining the Tampa skyline and setting the bar for a cultivated and cultured downtown lifestyle.” 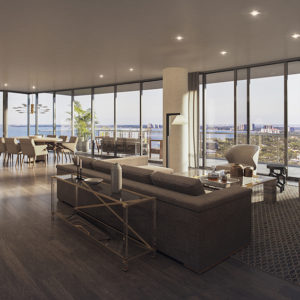 “Riverwalk Place will contribute to redefining the character of downtown Tampa,” Ahmadzadegan notes, with considerable understatement. “It is bringing a different model of urban living to a city where there’s an intense interest in it.”