A sinuous tower from OKO Group will rise above South Brickell.

“One side of the building is holding its full weight and the other side is relaxed, looking at you. I like that attitude, it’s elegant, it’s very comfortable and it’s sophisticated.”
–Gordon Gill

“The tower will offer striking style, intimacy, exclusivity, and a superior range of first-class amenities that celebrates the joie de vivre of Miami.”
–Vladislav Doronin 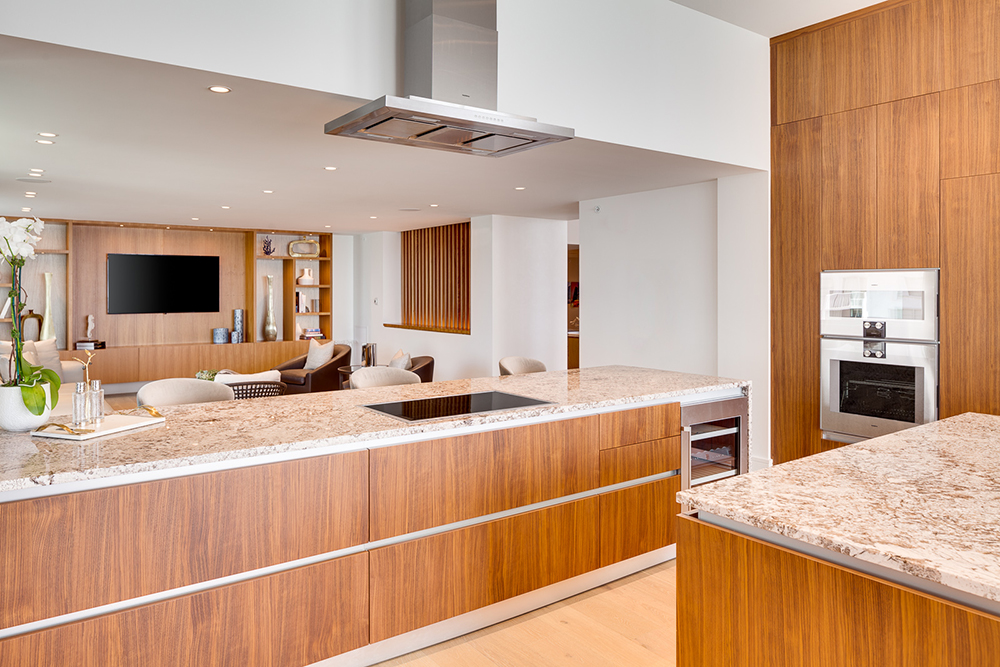 When Gordon Gill, co-design partner and co-founder at Adrian Smith + Gordon Gill Architecture (AS+GG), reaches for the words to describe Una, the hotly anticipated South Brickell condo tower designed by his architectural firm, his reference point is classical and Renaissance art. “It stands contrapposto,” he explains, invoking the Italian term for counterpoise—when different axes of a form—whether a human body or a graceful building—are in contrast. If you’ve seen Michelangelo’s David, you understand the dynamism and sex appeal of contrapposto. 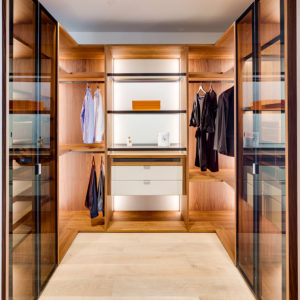 With regard to Una, which is being developed by the Miami-based OKO Group, “one side of the building is holding its full weight and the other side is relaxed, looking at you,” Gill says. “I like that attitude, it’s elegant, it’s very comfortable and it’s sophisticated.” Fluid and undulating, Una takes its cues from the water, with its 180-degree vistas of Key Biscayne. The building also boasts vistas of downtown Miami and Miami Beach, Coconut Grove, and Coral Gables.

Una is a statement building befitting OKO Group and its founder, chairman and CEO Vladislav Doronin: As the owner and chairman of Aman, one of the world’s most revered names in hospitality, Doronin can be counted on to provide some of Miami’s most prestigious and luxurious addresses. Una is OKO Group’s second local project: Missoni Baia, a 57-floor residential skyscraper, will command East Edgewater. The prolific developer’s vast global portfolio includes 71 international projects and 75 million square feet of property, including a pipeline of projects in Miami worth $1 billion. 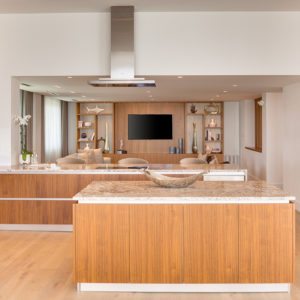 “The waterfront neighborhood of South Brickell is an established residential location bordering the leafy suburb of Coconut Grove and is on the doorstep of Key Biscayne, with its sandy beaches and popular parks,” Doronin says. “Una residents will benefit from accessibility to major roadways and the main transport arteries of Miami in only a few minutes. The tower will offer striking style, intimacy, exclusivity, and a superior range of first-class amenities that celebrates the joie de vivre of Miami. Destined to become the new landmark on the Brickell skyline, Una, thanks to its internationally-renowned design team, will further define Miami as one of the world’s leading destinations for elegant living and sophisticated design.” 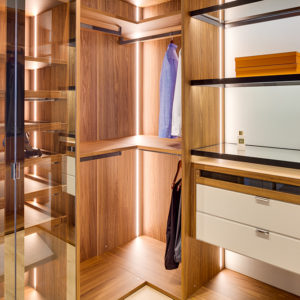 To develop Una, OKO Group joined forces with international real estate investment firm Cain International. Jonathan Goldstein, CEO of Cain International, clearly knows what the boldly conceived tower will contribute architecturally to Miami: “We are thrilled to partner with OKO Group for our second development together in Miami,” he says. “Between Vladislav’s businesses and Cain, we have developed over 20,000 apartments and condos. We look forward to bringing our knowledge and expertise to this expanding, vibrant city and to adding an architectural monument to the spectacular skyline.” Sales are being handled exclusively by Fortune Development Sales. 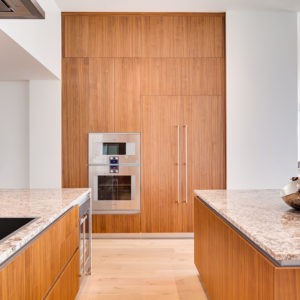 Una required interior design partners to match its architectural achievement, and for that the developers turned to Italkraft. In its 135 residences (all with private elevator entry), Una will feature the brand’s custom-made kitchens, bathrooms, and closets crafted from rich woods and Calacatta marble. Custom-designed chef’s kitchens emphasize stunning islands with generous counter space; integrated Gaggenau appliances reflect the seamless Italkraft aesthetic for comfortable and efficient cooking. 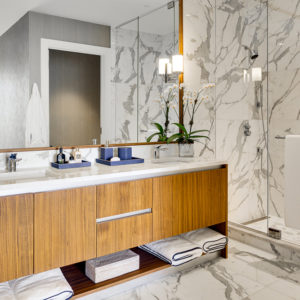 Meanwhile, the his-and-hers-style Italkraft bathrooms will boast floor-to-ceiling marble, transparent showers, giant tubs, and large mirrors to magnify the space. Every material, finish and spatial choice echoes the lightness and sensuality of the 47-floor building itself. Indeed, it’s impossible to imagine anyone moving within the residences with anything but the grace of an artist’s model.